Coming out of Cold Sleep

It’s been a while hasn’t it?… I say to what is likely an empty room… 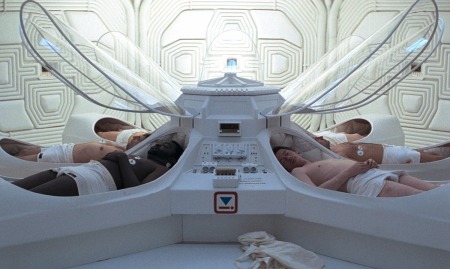 ‘Sleep’ is honestly far from the truth given how busy things have been in my absence from internet updates; work, relationships and life generally have all been exhausting, moving at turbo pace as I cling on for dear life. However, I’m gradually coming back online and I figured some kind of explanation was in order on the off-chance anyone is still left reading this derelict URL.

I’ll get it out of the way. ‘Branch’, my cyberpunk epic and the original focus of this blog is caput. Abandoned. Left for dead. It still makes me wince to say it outright, but the decision to pull the plug was made a long time ago and while saddening to me it was definitely the right call.

There were many reasons; the fact my heart was no longer in it, the longing to return to traditional methods, my awful update schedule, my slapdash promotion, the increasingly awkward connection to my bygone Masters degree. In the end I think I can summarise it most simply as trying to build a galleon before I’d figured out how to build a boat.

The script I wrote for Branch is one I’m still quietly proud of, but realising it on a reasonable timescale as intended was a challenge I was not up to and perhaps, may never be. It was this crushing revelation and the ensuing embarrassment that drove me off the web and back into my bedroom to go looking for my confidence. I was furious with myself for releasing it in an unfinished state, with the conclusion unlikely to be delivered before my prospective audience died of boredom.

What I can say now in retrospect is that the project wasn’t an entirely fruitless exercise. The product of my efforts may never have fully materialised but the lessons learned were extremely valuable. Painful as it was it allowed me to feel the boundaries of my skills and more importantly where my strengths lie.

Branch is not my first big failure – as I have numerous other abandoned comics to my name – but I want to make sure it is my last for some time. I can apologise all I want for all the false starts people have wasted time on (seriously guys, sorry) but I think it’s more important to take action which will provide the results I’ve been failing to provide.

As some of you may notice – silent room – ahem, as may be apparent from my older posts I’ve repurposed this blog for general comic output and stripped everything back to be nice and simple. Being straight, I don’t want to faff around presenting a nice wordpress, I want to get on with actual comics first and foremost without any of the old excuses.

As the concept art above illustrates I have still been at work on comic stuff while I’ve been away. I wanted to have a clear plot, plan and a nice backlog of pages before I showed anything publicly, what I absolutely didn’t want was another load of long hiatuses and broken promises.

The story this time is a reasonably lengthed little comic, open to being a serial but self-contained and achievable, once again embracing the hand drawn black and white crosshatching I started out in. It’s been progressing quietly for some time now and all being well it should start appearing online in the next few months with a goal for print in the not too distant future.

I could say more about it, slip you plot hints or apologise and moan some more for my past failings but honestly, right now I just want to shut up, sit down and get drawing again.

This entry was posted on Saturday, February 21st, 2015 at 10:11 PM and is filed under Miscellaneous. You can follow any responses to this entry through the RSS 2.0 feed. You can leave a response, or trackback from your own site.

4 Responses to Coming out of Cold Sleep