The story so far

Hi folks! Ozy here. Seeing as I’m just starting out it seems only fair that I give a brief rundown of how I got here and what I’m planning. The site’s a little barren for the moment given that I’m still getting to grips with WordPress (be gentle), but if you want the short version of what’s going on you can find the summary on the ‘What is Branch?’ page.

Still there? Then I’ll explain.

For the last three years I’ve been studying on Westminster’s BA in Contemporary Media Practice – think Film & TV with some stills photography thrown in – without exaggeration I can say this was an immensely valuable experience, expanding my knowledge of industry practice while also giving me plenty of creative freedom for experimentation. For the majority of these years I specialised in film production, however I always had something of soft spot for animation.

Indeed, I did a great deal of concept art and storyboarding throughout as well and it quickly became apparent that my drawing skills were my strongest asset. As a hobby, I took to making webcomics in my spare time, though given the pressures and constraints of uni work there was a limit to what I could manage on a regular basis and I couldn’t shake the feeling that given more time I could accomplish something vastly superior. As such, to date my comic attempts are modest at best. 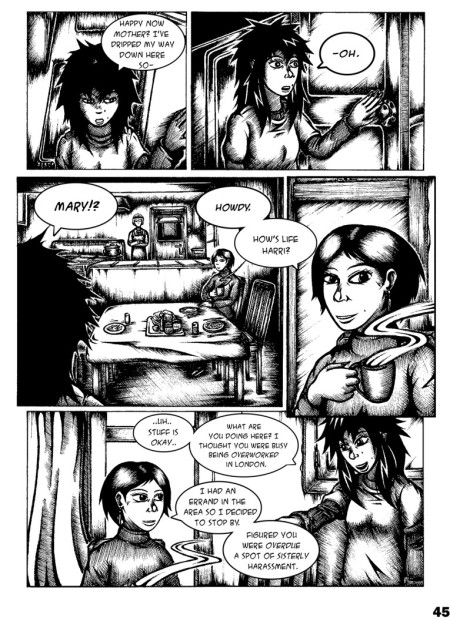 As I started searching for suitable employment around my graduation, a familiar student scenario began to unfold. It was quickly evident that in spite of favourable qualifications they would only offer a slim chance of employment in media. As many will know, getting work in the industry is something of a Catch-22 situation: you need experience to get experience, to say nothing of today’s economy. In short things were looking bleak.

So as an alternative I resolved to continue my education in the form of a part-time MA in Art & Design to strengthen my CV and expand my skill set, this time in the more comfortable surroundings of my home city Hull. Aside from issues of funding (which I won’t go into here :p) I had a hard time thinking of a suitable project at first, all while I continued struggling to fit my comic work into a schedule. After weeks of grappling with an idea, I came up with a single solution to both problems – namely to combine hobby and study in the form of an MA project.

Thus it is that following a slightly unnerving pitch I find myself here, preparing the research and planning for ‘Branch’ – a self contained cyberpunk graphic novel of an estimated 100 colour pages.

Why cyberpunk you ask? 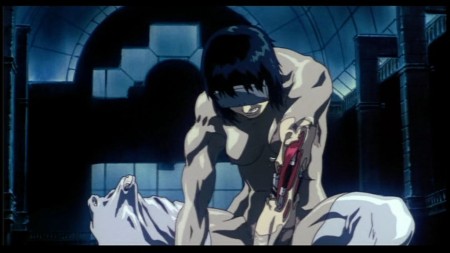 Well for one it’s a subgenre I’ve held a great deal of interest in for a long time and yet it’s always been something of niche genre, only occasionally rearing its head into mainstream culture, perhaps most notably during its debut in the 80’s with the most well known film examples being Blade Runner and The Matrix. In other word’s it’s firmly established but far from done to death.

Secondly, it’s a genre with themes of uncanny relevance to the society we live in. The cyberpunk fundamental of ‘high technology, low humanity’ is perhaps truer today than ever before. Specifically it’s my intention to base Branch’s story around cyborgs and the concept of the man-machine hybrid – while this may come across as outlandish fiction, to an extent we are already in symbiotic relationship with machines. How often do we utilise them every day? How many people do you know who are dependent on mobile phones, e-mail or Facebook to communicate? That I’m even publishing this through the internet right now itself is testament to our common reliance upon technology. From this perspective, we could already be regarded as cyborgs in a sense.

It’s this line of thought that leads me to believe there is ample depth and research material (real and fiction) to warrant an extended project and the resources supplied by a masters course while forming a formidable challenge to my writing and drawing abilities. There’s certainly a lot for me to be doing over the next two years, and I’m certain I’ll be pushed by the workload but all being well I’ll be looking at sizable improvements in my art, planning and general knowledge.

The final results will likely be showing up on Drunkduck while I’m certain I’ll be doing some printed copies too for those interested – publication seems I little overly optimistic but I’ll be giving everything I can go. In the meantime, I’ll be making regular progress updates right here along with relevant art and research, effectively charting the journey from concept to realisation. Constructive comments are welcome as is readership.

So how about it? Fancy coming along for the ride?

This entry was posted on Saturday, October 30th, 2010 at 11:49 PM and is filed under Miscellaneous. You can follow any responses to this entry through the RSS 2.0 feed. You can leave a response, or trackback from your own site.