It’ probably worth a mention given the nature of this blog that I’d been planning to attend this weekend’s MCM Expo in London, sadly it was not to be. Put it down to my ill advised last minute planning or the general surge in travel that occurs around the end of half term/reading week but all transport down to London ended up being either far too expensive or simply booked up. Living at the other end of the country doesn’t exactly help matters either to say the least.

That said there is some good news: while I may not have made it to the Expo in person strangely some of my work did. 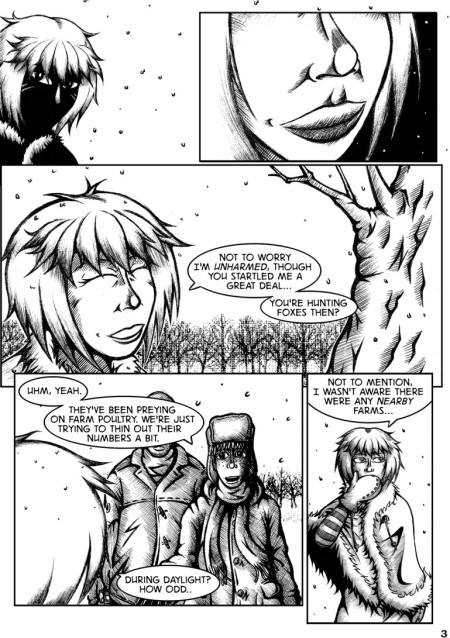 A while ago I made a short 9 page comic A Cornered Fox as a part of the anthology SIX – organised  and printed by fellow comic creator Ushio, a sizable thanks to him for inviting me on board and sorting everything out :) All being well it should be on sale at the Expo somewhere as I write this. Again a shame I couldn’t be there to see it in person, but it’s comforting to think people are at least seeing my comic.

You can read it online for free at http://www.drunkduck.com/A_Cornered_Fox/index.php?p=668001 and you can find more details on SIX at http://ushiospad.blogspot.com/2010/10/six-is-here.html

This entry was posted on Sunday, October 31st, 2010 at 2:05 PM and is filed under Miscellaneous. You can follow any responses to this entry through the RSS 2.0 feed. You can leave a response, or trackback from your own site.