I got my folders back today along with my submission essay for last module, so I figured I might post part of it here for the hell of it. I didn’t want to put it up before as it was still being marked – eep – but the blog’s been feeling a little light on theory stuff lately and some of the research I covered was pretty interesting  – well if you’re as much of a nerd as me that is ;)

Bits of it retread older territory and it is part of a larger whole, but hopefully it should standup on it’s own. It’s a little longer than what I usually post so I’ve thrown some pictures in to break it up a little and added a few additional links for good measure.

During a trip to London in July, I happened to visit the British Library and their ‘Out of this World: Science Fiction but not as you know it’ exhibition running at the time. By the entry, visitors were met with an introductory statement: ‘The imaginary worlds of science fiction can inspire us to re-examine our own world.’ Besides being an apt summary of what I respect about the genre as whole it is of particular pertinence to what I’ve discovered of cyberpunk and its subject cyborg technologies in my research.

The term ‘cyborg’ itself was coined by Manfred E. Clynes and Nathan S. Kline in 1960 in their proposal for an enhanced astronaut able to survive in space without an externalised oxygen environment.*1 However this is predated by the term ‘cybernetics’ – frequently used in description of the latter – coined in 1948 by Norbert Weiner, broadly covering a ‘unified science of communications and control theory’ the more startling detail being that it was devised for an anti-aircraft predictor.*2 It’s between worryingly militaristic origins such as these and idealistic intentions of Clynes and Kline that the dual potential of the cyborg in both fiction and reality is most readily apparent; and it is a duality which I too wish to explore through my comic ‘Branch’.

On the other side of the fact/fiction divide the cyborg tends to be characterised by considerably more extreme representations but it is a divide which is by no means impermeable. To cite one recent example I might draw attention to the Terminator statue inside Deka Research Corp and the referencing of Luke Skywalker’s bionic hand from Star Wars in the naming of their prosthetic limb.*3 Inevitably fiction influences reality and reality influences fiction.

It’s a concept used as a basis for Donna Haraway’s seminal Cyborg Manifesto (1991) to communicate the potentially liberating or crippling consequences of our future technology. As she puts it ‘Contemporary science fiction is full of cyborgs – creatures simultaneously animal and machine, who populate worlds ambiguously natural and crafted.’ (Haraway, 1991, p149). While, the cyborg described here is a fictional being, the ‘ambiguously natural and crafted’ world might be a succinct way of describing our own and as such reflects her additional use of the cyborg as a metaphor for our technologically driven society. With the literal cyborg inherently being composed of both natural and artificial components, a key question Haraway and many like her pose is whether this constitutes a legitimate continuation of human evolution or a perverse deviation. Even as she praises the possibility the concept offers for ‘regeneration’ she also refers to it being ‘monstrous’.*4

Again, in reference to science fiction she makes an analogy of the cyborg’s inevitable otherness and disconnection to the humanity of old:

‘Unlike the hopes of Frankenstein’s monster, the cyborg does not expect its father to save it through a restoration of the garden; that is, through the fabrication of a heterosexual mate, through its completion in a finished whole, a city and cosmos. The cyborg does not dream of community on the model of the organic family, this time without the oedipal project. The cyborg would not recognize the Garden of Eden; it is not made of mud and cannot dream of returning to dust (…) But illegitimate offspring are often exceedingly unfaithful to their origins. Their fathers, after all, are inessential.’

While on some level it might seem illogical, it’s this contradiction which makes the human-machine meld such a compelling concept. The text emphasises the obvious disconnection from nature but suggests an enduring human uncertainty at the end regarding the will of offspring, disturbingly mixing technological invention with parenthood.

The portrayal of humanity as an elastic concept which is more often warped than replaced has formed the thematic basis for Branch’s narrative and indeed my entire project from an early stage. In essence; the idea that we humanise machines through their application just as easily as we might be dehumanised by our reliance upon them, as I stated before – a dual potential.

To offer a fictional illustration of this concept, take Chris Cunningham’s music video for Björk’s All is Full of Love (1999)*5. As Wegenstein and Hansen describe it in Getting Under the Skin (2006) ‘robots with interfaces resembling Björk interact with each other erotically in a human, lesbian way. The robots, in other words, behave humanly, but are themselves built according to the image of the posthuman.’ (Wegenstein, Hansen, 2006, p15) The video was doubtlessly made with aesthetic appeal in mind, but it does inadvertently capture much of the essence to the perverse reciprocal relationship between human and machine.

Moving into more practical factual examples, these ideas of blurred lines where human qualities are extended or replicated by technology might be noted in our ever developing set of prostheses too. High tech artificial limbs such as the Deka ‘Luke Arm’,*3 or Touch Bionics’ ‘I-Limb Pulse’*6 while invariably artificial and inferior to their organic counterparts, ultimately seek to replicate their function as effectively as possible. There are even signs of these creations beginning to (or at least attempting to) supersede their forerunners, as Chris Shilling outlines in his paper ‘Body in Culture, Technology and Society’:

‘Other developments with a robotic dimension to them have also weakened the boundary between humans and machines. Runners’ legs made for competitive athletes, for example, imitate the flexion of the cheetah’s leg and resemble ‘the suspension band in a pickup truck more than a familiar articulated leg’. Even more dramatically, some researchers are using computer technology with micro-surgery to create neuronal prostheses designed to recreate vision for blind people, while others are working on a new generation of hand prostheses ‘that will communicate with computers and bypass the keyboard hardware’. Such radically innovative prostheses seem to reveal a continued human desire to transcend the currently encountered limits of the body’

As outlandish as these concepts may seem I would still argue they all have a basis in either human application or – as in the case athlete’s leg imitating a cheetah’s – a natural template to draw upon, moving them away from the dehumanising qualities so beloved of dystopian sci-fi. As different as they are, there are also familiar aspects to be found.

That said, it would be narrow minded to suggest there wouldn’t be any dramatic changes following and in the build up to the advent of a posthuman society. Selecting one of the largest potential alterations, let us consider gender in the case of an artificial body connected to a human brain; even supposing there were substitutes for genitals and gender characteristics, could we really deem it to be female or male in the traditional sense? Again returning to Haraway’s Manifesto, a reoccurring point in her argument (or possibly the whole point) is how the status of women in society will shift with these technologies accordingly:

‘One important route for reconstructing socialist-feminist politics is through theory and practice addressed to the social relations of science and technology, including crucially the systems of myth and meanings structuring our imaginations. The cyborg is a kind of disassembled and reassembled, postmodern collective and personal self.’ 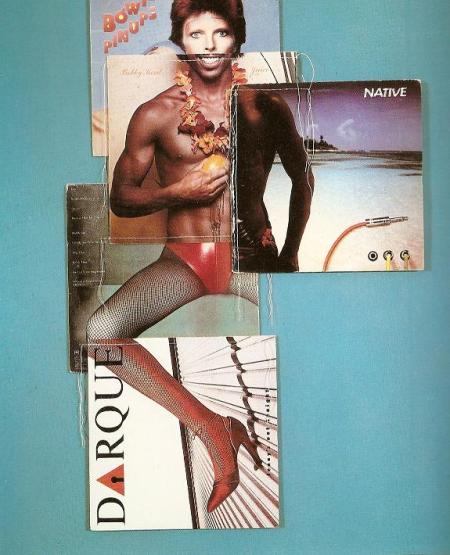 I mentioned before how she uses the cyborg as both literal construct and metaphor, in this case symbolically to represent how our ‘post modern’ identities will be disassembled and reassembled into a hybrid identity – a ‘reconstruction of self.’*7 I purposefully chose a female cyborg protagonist in my comic with the intention of perhaps exploring a similar notion of reassembled gender, introducing more typically masculine features along with the terminology ‘procedure’ for the cyborg transition creating possible connotations to a sex change – connecting it to a real topic for additional credibility while possibly presenting a challenge to the concept of stereotypical gender roles in narrative.

Returning to the topic I started with though, there’s no promise that the cyborg would necessarily result in utopian progression as the aforementioned continuation of human characteristics could likely result in the stagnation of our more regrettable tendencies. I already mentioned the military origins of cybernetics, something Shilling supports in criticism of Haraway’s more optimistic stance, referring to the cyborg as ‘a creature of the battlefield’*8. Once again, this statement can be seen reflected in a great deal of cyberpunk fiction, with Yukito Kishiro’s Battle Angel Alita (1990) and Mamoru Oshii’s Ghost in the Shell (1995) both presenting the subject cyborgs as physically hardened beings orientated towards combat.

For better or worse, following my research I feel much of it affirms my belief in the equal potential for advancement and disaster embodied in the cyborg, a creation that should neither whole heartedly be condemned or condoned. Taking Haraway’s metaphor of society as a cyborg, can we really say ‘posthuman’ is even an appropriate term for a future concerning human-machine hybrids when so much of the concept is already present now? We already have what might be considered symbiotic relationships with phones, the internet and innumerable other technologies, so the question begs: are we already entering a cyborg society? It is in such notions that I hope to connect with relevant contextual issues, offering my work a greater depth than mere fantasy might afford.

This entry was posted on Tuesday, November 15th, 2011 at 10:04 PM and is filed under Research. You can follow any responses to this entry through the RSS 2.0 feed. You can leave a response, or trackback from your own site.

2 Responses to Thematic Research: The Cyborg